How Long After Botox Can You Workout? 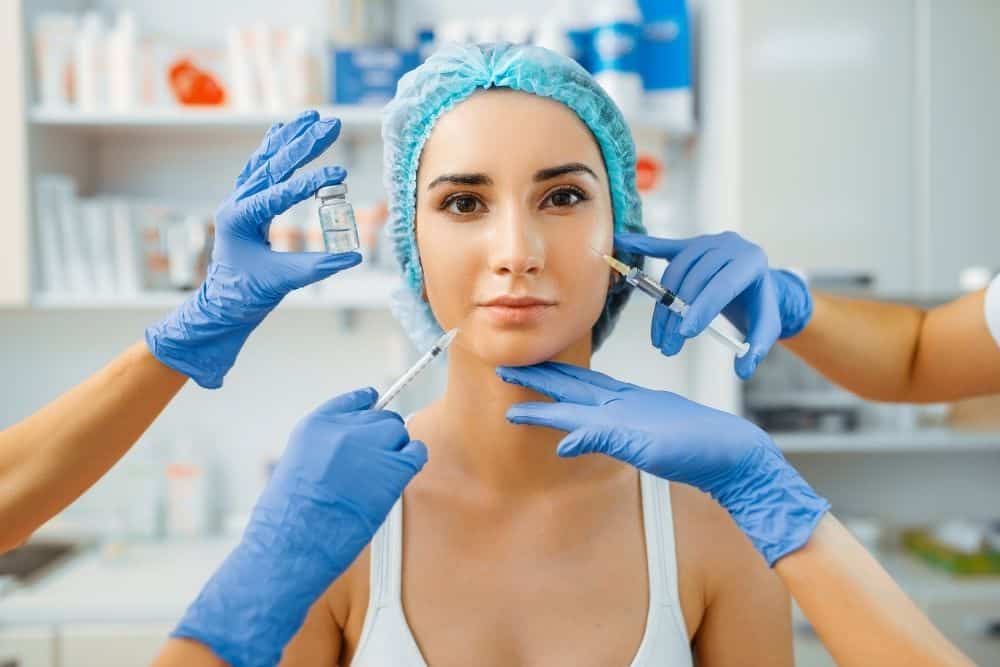 Botox is an injection that’s designed to freeze wrinkles. It uses botulinum toxin type A to temporarily paralyze wrinkle-prone areas, like the eyes and forehead.

As the muscles can’t tighten, they relax, making lines and wrinkles in those areas relax in the same way. A common question that’s asked by those considering Botox is if you can exercise after the injection.

In short, exercising after Botox isn’t recommended for several reasons. We’ll cover these in this article, as well as other things you should avoid after Botox, so that you can get the most out of your appointment.

Why Shouldn’t You Exercise After Botox?

There are three main reasons why you should avoid exercising after Botox.

Your doctor should advise you to stop touching your face for no less than 4 hours after you get Botox. This is because any excess pressure can make the Botox move from the initial injection site.

You should also avoid touching your face, as it may still be sensitive or uncomfortable afterward.

Exercise makes us sweat, so some people wipe the sweat off of their faces without even thinking about it. This wiping action adds pressure to the face, which can then make Botox migrate.

Furthermore, some sports like swimming or cycling need specific facial gear, like helmets or goggles. These can also add pressure to injected areas on the face.

Exercise is good for your cardiovascular system as it makes the heart pump blood around the body. The harder you work, the more blood flows around your system. This keeps the heart strong, but it isn’t good for Botox.

Greater blood flow can make Botox move away from the desired injected area. This can cause adjacent muscles to temporarily paralyze. Increased blood flow can also make the injected site swell or bruise.

Exercise Requires Too Much Movement

When you finish your Botox session, you should make sure that your head doesn’t change positions too much, as the Botox can move to different areas of the face.

The head moves a lot during exercise. Even relaxing activities like yoga require head movements.

For example, Downward Dog involves holding the head upside down, then returning it to an upright position. These position changes can make Botox migrate, immobilizing other areas of your face.

When Can I Start Exercising After Botox?

A week may seem like a long time, but this doesn’t have to involve complete rest. You can keep active by taking gentle walks, but make sure that they aren’t too strenuous – you’ll want to avoid breaking a sweat.

If you must exercise, it’s best to do it before rather than after your appointment. But beware, exercise increases blood flow, which makes the face go red. This can increase your chances of bruising during and after the injection.

To be on the safe side, don’t carry out sweaty or intense exercises right before you head to the clinic. Try to wait at least an hour before your appointment.

Also make sure that you don’t cycle to and from the clinic, as helmets and goggles add pressure on the face. This can make the Botox migrate and paralyze other areas of your face.

The Exception To The Rule

We’ve covered why you shouldn’t exercise after you get Botox, but there is one exception to this rule. Some practitioners encourage moving your facial muscles after your appointment, as this can help the Botox work into the muscle.

Botox needs a week to carry out its full effects, so you should make sure you plan accordingly if you have any upcoming events.

If you need to remove your lines sooner, try making small facial movements after your appointment. Some research has found that these movements can make Botox start having its effect a day earlier.

These movements don’t have to be complicated. In the first four hours after your injection, try frowning, smiling, squinting, and raising your eyebrows. If you’re unsure about what to do, ask your doctor about what movements are best for your injected areas.

Other Things To Avoid After Botox

Your doctor should give you a list of the things you should avoid after Botox, but here are some general guidelines.

Both before and after you get Botox, avoid the following:

When To See A Doctor

Side effects aren’t common after Botox, but they can occur. If you’re experiencing any of the following conditions, see your doctor immediately.

Botox is an injectable that makes wrinkles and lines appear smoother, making your skin look younger as a result. Every person is different, so if you do get Botox, always follow your doctor’s advice on aftercare.

Exercise should generally be avoided for at least 24 hours after the appointment. Added pressure, increased blood flow, and changes in head position can make the Botox migrate to other areas. As always, if you see any side effects, see a doctor or medical professional immediately.

Fitness lovers may find it difficult to stay away from the gym, but it’s important to make sure that your Botox has the desired result. If you really can’t stand staying still, take a gentle walk outside.

← How Often Should You Get Botox Platelet Rich Plasma Therapy →